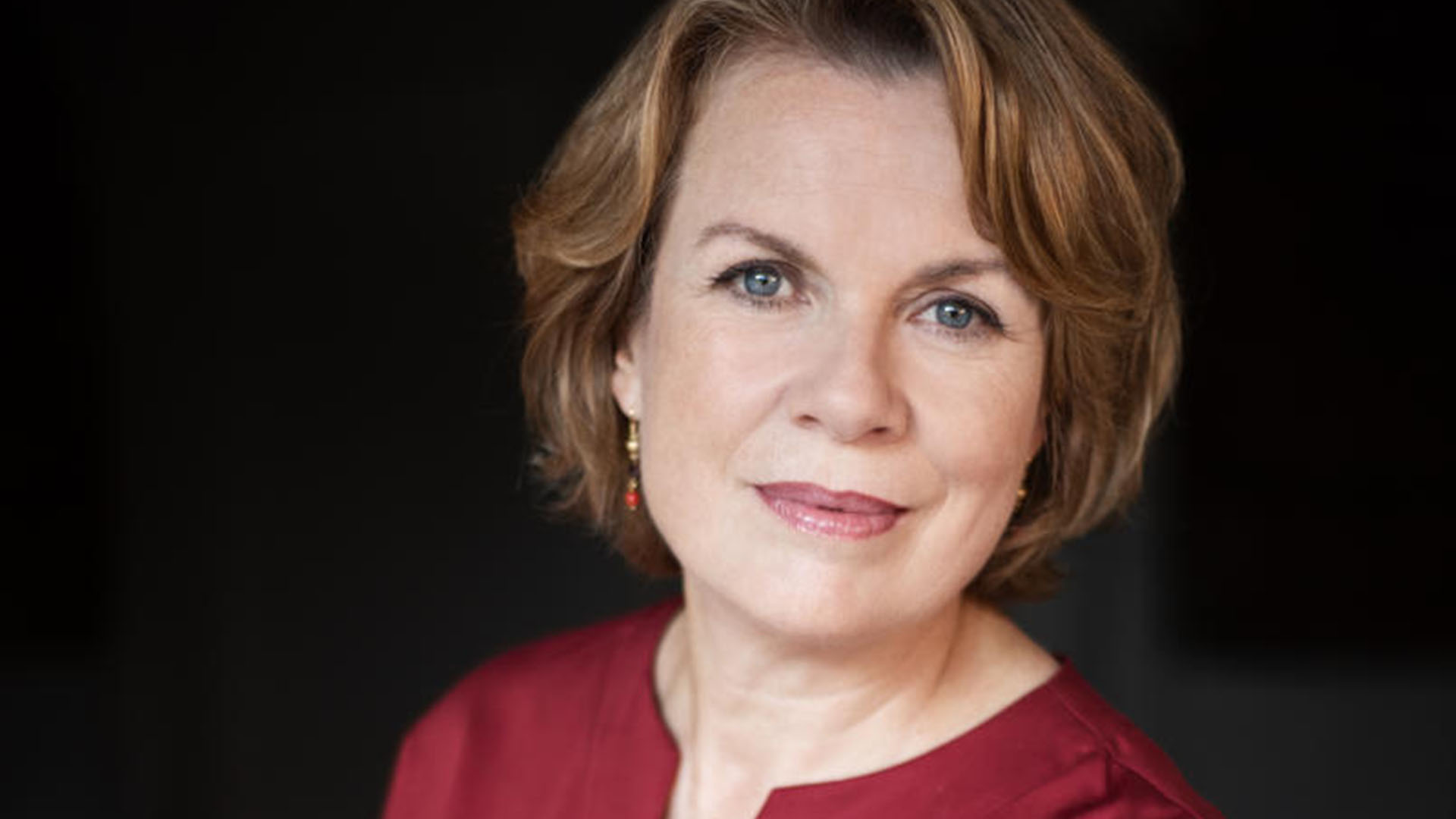 Bernarda Fink, daughter of Slovenian parents, was born in Buenos Aires and received her vocal and musical education at the Instituto Superior de Arte del Teatro Colón where she performed frequently.
Bernarda Fink is one of the most sought-after singers in concerts and recitals. She has been acclaimed for her musical versatility and invited by the leading orchestras and conductors in Europe and America. Her repertoire ranges from ancient music up to music of the 20th century. She frequently appears with such well-known orchestras as the Vienna and Berlin Philharmonic Orchestras, Royal Concertgebouw Orchestra, Staatskapelle Berlin and Dresden, Bavarian Radio Symphony Orchestra, the Cleveland Orchestra, the Chicago Symphony Orchestra, as well as with the best-known Baroque orchestras under such famous conductors as Daniel Barenboim, Herbert Blomstedt, Semyon Bychkov, Riccardo Chailly, Sir John Eliot Gardiner, Valery Gergiev, Bernard Haitink, René Jacobs, Mariss Jansons, Riccardo Muti, Sir Roger Norrington, Trevor Pinnock, Georges Prêtre, Sir Simon Rattle and Franz Welser-Möst. She had a close artistic cooperation with Nikolaus Harnoncourt which is testified by numerous TV and CD recordings.
Bernarda Fink has appeared to widespread critical acclaim in Argentina and at the most important opera houses in Europe. Recent highlights were the roles of Cecilio (Lucio Silla) led by Nikolaus Harnoncourt at the Theater an der Wien, Idamante (Idomeneo) in a production of Luc Bondy and Jesus Lopez Cobos at the Teatro Real in Madrid, and Irene (Theodora) under Ivor Bolton at the Salzburg Festival. She also sang Sesto (La clemenza di Tito) and Idamante in concert versions under the baton of René Jacobs, both of which were recorded and highly praised. In June 2017, Bernarda Fink made her debut in Debussy´s Pelléas et Mélisande at the Vienna State Opera.
Bernarda Fink regularly appears in recital at the Wiener Musikverein and Konzerthaus, Schubertiade Schwarzenberg, Berlin Philharmonie, Théâtre Royal de la Monnaie in Brussels, Edinburgh Festival, Carnegie and Alice Tully Hall in New York. Furthermore Bernarda Fink performed Dvořák and Janacek songs together with the Pavel Haas Quartett at London´s Wigmore Hall, at the Concertgebouw in Amsterdam, in Den Haag and in Madrid.
Highlights of the past seasons were, recitals in Cologne, Vienna, Madrid and Paris, Mahler’s Symphony No. 2 with Mariss Jansons in Copenhagen and with Boston Symphony Orchestra und Andris Nelsons in Boston, Mahler’s Symphony No.3 with Jakub Hrůša in Bamberg and Paris, a tour across South America with Camerata Salzburg as well as Dvořáks Biblical Songs with Manfred Honeck in Prague and Dresden and Mahler’s Lied von der Erde with the South Netherlands Philharmonic and Hans Graf in the Netherlands.
Bernarda Fink regularly holds master classes at the Wiener Meisterkurse, the Young Singers Project (YSP) in Salzburg, the Academy of the Festival in Aix-en-Provence, the Schubert-Institute in Baden (near Vienna), at the Aldeburgh Festival and the Fondation Royaumont. She was also on the jury of the International Song Competition of London Wigmore Hall, the Bach Wettbewerb Leipzig, BBC Cardiff Singers of the World, DAS LIED International Song Competition as well as the ARD Music Competition. Recently Bernarda Fink has been appointed as Lecturer in Voice in the Yale School of Music and Institute of Sacred Music, where she will be teaching for three months in the fall of 2019.
Bernarda Fink has made numerous highly acclaimed recordings. Her discography comprises more than 50 releases, ranging from Monteverdi and Rameau to Schubert and Bruckner and Schumann. Many of them have been awarded coveted prizes such as the Diapason d’Or or the Grammy. Bernarda Fink has a close collaboration with Harmonia Mundi. Recent recordings include Bach Cantatas with the Freiburger Barockorchester, and Lieder by Schumann with accompanist Anthony Spiri, Pergolesi’s Stabat Mater with the Akademie für Alte Musik Berlin and programs with Lieder by Slovenian as well as Argentinian composers together with her brother, the baritone Marcos Fink (Grammy nomination). In 2012, albums of Dvořák Lieder (together with Genia Kühmeier), and with Spanish Songs (de Falla, Granados, Rodrigo and others) again with Anthony Spiri at the piano, were released. Her latest album included Mahler Lieder accompanied by the Niederösterreichische Tonkünstlerorchester and Andrés Orozco-Estrada and by the pianist Anthony Spiri.
In February 2006, Bernarda Fink was awarded the Austrian Honorary Medal for Art and Science by the Austrian Chancellor and in February 2013, together with her brother Marcos Fink, the most prestigious cultural award of Slovenia sponsored by the Prešeren-foundation for their recording Slovenija! and the related concerts. In September 2014 she received the title of Österreichische Kammersängerin.